So we’re 12 days into our Vegetarian Challenge and we have been doing really well.  Truthfully, I don’t crave or miss meat like I thought I would.  We had a lovely dinner with friends on Friday night, it was a veritable feast!  (It was also one of the only non-alcohol, non-meat dinner parties I’ve ever been to but it was LOADS of fun and the food was delish!)

Last night and today we had picnics!  The Runner and I went to see Chaka Khan in The Domain and today I caught up with my best friend in Sydney for a picnic for her birthday.  Amazingly (because I LOVE prosciutto in the sunshine) both picnics were vegetarian and almost completely gluten free and 80% dairy free too!  I have to say, overall, it wasn’t that hard to make a yummy, vegetarian, gluten free and dairy free picnic that was relatively kid friendly!

The Runner and I had olives (he did, I hate olives!), dips, insalata caprese (a fancy name for tomato, bocconcini and basil), rice paper rolls, rainbow rice salad, and vanilla vodka strawberries for dessert.  It was lovely!

This morning’s picnic featured potato cakes with sage, corn fritters and avocado, rainbow rice salad, rice paper rolls, dips, crackers,  fairy bread (because it’s not a birthday party without it!), and vanilla strawberries (no vodka before 12!).  Again, it was lovely and as much as I would have loved a couple of prawns in the rice paper rolls, I didn’t miss them.

I’m adjusting to this meat free life and I’m loving it!

So, what are we eating this week??

Tagliatelle with Asparagus and Tomato

Lentil Burgers (The Runner is making them, from Scott Jurek’s recipe- what a treat to have The Runner in the kitchen!!!!)

Hooray!  Have a great week!

It was 39 degrees in Sydney today and walking home from the bus stop, I finally worked out what I’ve missed most in the last 10 days…. Ice Cream.

Ice Cream is the single reason that no matter what science or a doctor tells me, I will never, ever, ever stop eating dairy.  I’ve had almond milk ice cream which was good, but don’t get me wrong, there is NOTHING in the world that compares to a delicious tub of Ben and Jerry’s or a big bowl of mint chocolate chip!

Hurry up 20 days, I know exactly where I”m heading when this challenge is over! 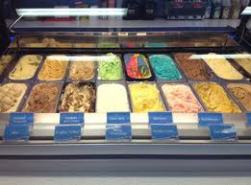 Whoa……… We’re 1/3 of the way there!  Woh- oh, living dairy free!  (It makes more sense if you hum Bon Jovi’s Living on A Prayer in your head when you read it)

I did have a cheat day at a fabulous wedding but other than that I’ve been totally on the wagon.  And it hasn’t been that hard.   Also, I’m not working right now so it’s quite easy to avoid the temptation of birthday cakes and morning teas.  Granted I haven’t really been eating out very much (except for Japanese)  because butter, cheese, cream, and milk as it turns out are quite popular food ingredients for MANY MANY cuisines.

As I mentioned earlier, Japanese food is MADE for this challenge!  Actually, unlike the gluten free challenge (most soy sauce has gluten in it) Asian food is absolutely perfect for dairy free living.   I asked Uncle Google ‘why there is no cheese in Chinese cuisine ?’ and as it turns out, I’m not the first person to notice the trend.  Believe it or not, there are entire forums and over 10 pages of Google Search results on exactly ‘why there is no cheese in Chinese cuisine?’ If you don’t believe me, here’s a link to one of them!

Apparently the answer is that in some Asian countries- especially China and Southeast Asia, the climate wasn’t suitable to cattle herding or farming thus they didn’t do it.  Over time, because they didn’t have dairy and cow based products in their diet, they developed lactose intolerance.  Since they didn’t enjoy eating milk based products, they didn’t cook with dairy based products (seems pretty obvious to me!) and so, naturally traditional Asian foods don’t include a lot of milk, cheese, or yoghurt based products.    Even today, cheese apparently isn’t widely eaten or popular in China- this article from Slate tells the story of a Westerner doing a cheese tasting in China.

There’s only one flaw that I have in this whole theory of traditional Asian Cuisine not including dairy or herding cattle–  why is their Beef in most Asian Cuisines????

So I’m done with my first week of detoxing, and to be honest I haven’t done that badly.  Only three glasses of wine (I’m allowed four) and pretty much no wheat or cow’s milk consumed by yours truly which is pretty good.

I’ve been exercising and feeling really good, I’ve taken up yoga– well the Runner and I both have really as part of a 4 week Yoga Challenge with his Triathlon club.  We’ve been to two sessions this weekend and we’re both loving it– especially nap time at the end.

The food side has been pretty easy, it’s one of those things where the thought of going wheat and dairy free is really worse than the reality of it.  It takes a bit of willpower and a bit of planning, but really it’s not so bad. I’ve eaten out– and that hasn’t been too bad, Japanese, Mexican and Vietnamese.  Ten, the Japanese place we go to in Randwick, actually has gluten free options including soy and teriyaki sauce which was a bonus! I will admit to having Mad Mex’s Naked Burrito twice this week!  It’s pretty good, and totally on my detox plan especially if you skip the cheese and the rice!    Mexican’s my favourite cuisine anyway, so even if it wasn’t on my plan, I’d find a way to put it there.  Where there’s a will, there’s a way, right??

Most definitely!  The one thing I have been struggling with is my other favourite cuisine- Ice Cream…. and shut up, Ice Cream does count as a cuisine.  It’s almost impossible to find dairy free, gluten free, no extra sugar ice cream.  Wait, I said ALMOST.  Last weekend, in Jervis Bay, I found the Holy Grail. Ice Cream that’s on my detox! It’s a brand called So Delicious from the States (http://sodeliciousdairyfree.com/) and they make Dairy Free, Gluten Free, Sugar Free Ice Cream.  What the what????  I know!  It was actually pretty good, because of course I had to get a tub when I saw it in Jervis Bay.  Even at $11 a pint, I couldn’t resist.  Cookies and Cream Almond Milk Ice Cream.  Ok, so they won’t put Haagen Dazs or Ben and Jerry’s out of business any time soon, but it was pretty tasty and given my present detoxified state, it was just what the doctor ordered.   Any port in a storm right???   Except for one thing, I want more.  I’ve been craving Ice Cream all week, literally salivating at the thought of it.  Ideally, it would be a big bowl of Ben and Jerry’s mint cookie (my absolute favourite) or even a big bowl of chocolate ice cream, and I can’t have it…. and I don’t know where to find more So Delicious.  It’s nowhere in Coogee.  And the store finder on their website, only works in the States. If I were in DC, I’d go to Whole Foods in Silver Spring, or Yes Organic on Georgia Ave, but it’s a bit tougher to nail it down in Sydney.  Even Uncle Google is letting me down in terms of finding a place to buy it in Sydney.

“Why don’t I just go back and get it where I did last weekend?”  I hear you ask….well, there’s a pretty good reason.  It’s nearly a three hour drive away.  Fail. Big Fat Fail.

I’ve been looking for somewhere to order it from online but it’s ice cream….not exactly practical to home deliver ice cream when it’s the middle of summer in Sydney.  So I’m stuck with a conundrum, do I cheat on my detox and give into temptation or do I stay strong and stay the course????

Who was it that said, “I can resist anything, except temptation”?  Oh yes, Oscar Wilde, you were a VERY wise man! 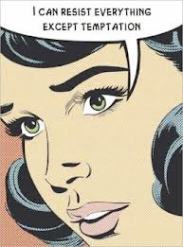 You may remember a few months ago I basically gave up everything fun and good and went on a six week detox…. Well I’m going to do it again- with some slight modifications. Why? Why would I put myself through thatagain? Well, because I felt really good while I was doing it and I looked a lot better too. It also happens that it’s Lent, so lots of people are promising to give up things they enjoy. And no, it’s not because of lent that I and doing it. I’ve never given anything up before for it, and I’m not overly religious- I love Christmas and Easter eggs but I don’t go to church– my mother is definitely shaking her head at that but it’s true and she knows it.
Lent isn’t a big deal to me, I didn’t have a pancake yesterday, I’m not getting ashes on my forehead today, in fact I’m not even sure if I could do the whole ash thing, isn’t it just for Catholics?

No gluten, no cows milk, and I’m only going to drink once a week. No white foods, no deli or cured meat, limited red meats and shellfish and very little pork too. There’s a whole list of no foods including no fun at all! Don’t despair, I am giving myself one day a week probably on the weekends to break it with one treat, so if you come for a Sunday dinner, it will be real food. Trust me, I won’t be having detox dinners anytime soon, but I am going to do my very best to be good and stay on the wagon most of the time.

I have done this detox before and I lost weight, mostly fat, and felt amazing! I had clear eyes, a shiny coat and a wagging tail. Well, maybe not the tail and coat but I looked great and since I’ve been feeling less than amazeballs recently I figure why not give it a go again! The only thing to lose is my sanity. There’s also the small matter of three weddings coming up in April and May, and a dress I’m hoping to wear to two of them and a beach holiday to Hamilton Island if I’m looking for extra motivation!

So starting tomorrow and probably until my birthday in April, I’m detoxing. I will be the annoying girl who can’t eat half the menu and who asks what kind of milk your fetta is made from (traditionally, it should be goat or sheep, but most of the stuff in Coles is cows now). I’m doing it for vanity more than lent but if I tell people it’s for lent, they won’t ask lots of questions, but only you know the truth!

But just one thing, I know officially lent starts today, but I’m starting tomorrow. It’s my detox and I can do what I want! We’re going to dinner for valentines day and there’s no way I’m not pigging out one last time…. Hello counterproductive…. I know but be quiet willpower and conscience, you’re in charge for the next 6 weeks. I’m having my personal Mardi gras tomorrow night, hopefully there will chocolate shakes, fries, burgers and lots of regret on Friday morning!