So here we are once again and this week we’re doing two recipes for the challenge- Parma Wrapped Lamb with Savoy Cabbage AND Tracy Salad.

Both seem pretty straightforward, although I have to be honest, the lamb is starting to scare me a bit… it’s basically sautéed cabbage and cream with spinach shoved between two lamb backstraps and then wrapped in prosciutto.  Maybe it’s not that it’s scaring me, maybe I’m just remembering that cabbage is not my favourite food, oh well!  Let’s just dive in and hope for the best!

SO for this recipe, I need onion, bacon lardons, butter, garlic, savoy cabbage, thyme, cream, spinach, lamb, olive oil and Parma ham.  First problem, what is a bacon lardon???  I probably should have done some research BEFORE I went to the grocery store, but as normal, I didn’t and wrote down bacon, which I bought.  Also, I should start trying to remember quantities as the recipe needs 400ml of double cream, not the 300ml that I bought….. We’ll worry about that later.  First, let’s ask Uncle Google what a lardon of bacon is…

Lardon is a small strip or cube of pork fat (usually subcutaneous fat) used in a wide variety of cuisines to flavor savory foods and salads. In French cuisine, lardons are also used for larding, by threading them with a needle into meats that are to be braised or roasted. Lardons are not normally smoked, and they are made from pork that has been cured with salt.

Well, not quite what I was expecting but hopefully we can make it work!!

First things first, onion in the freezer.  Then I get to work chopping the lardon and rind off the bacon.

I chop the onion and then throw it in a pan with the lardons and 1 tbs of butter…..yoinks…. frying bacon fat and butter???  Well, there goes the diet this week! That cooks for about 6 minutes before it starts to look a bit burny, it’s supposed to cook for 10 before I throw in 5 cloves of finely chopped garlic….yup, 5 cloves….  Maybe there’s a Vampire problem in Ireland.

Anyway, that cooks then I throw in ¾ of a head of savoy cabbage chopped or sliced or cut really, it’s supposed to be a full head but I don’t like cabbage, plus 300ml of double cream and about 100ml of milk, although I guess with the diminished cabbage, it probably would have been enough cream, oh well!  Then that cooks with 2tbs of fresh thyme for ten minutes.  I covered it with tin foil because I don’t have a top for my skillet.  I know I’m on the right track when The Runner walks through the kitchen twice and tells me it smells good!

I put water on to boil to blanch 16 spinach leaves and then I wait….the cabbage as it turns out could use an extra few minutes of cooking which isn’t a bad thing.  I put a pan on the stove to heat up so I can sear the two lamb backstraps I bought in time for them to cool.  I also realise at this point that I haven’t READ the Tracy salad recipe yet, so fingers crossed it won’t take too long to read and prepare.  It’s 6:15, and I’ve promised to have dinner on the table for 7:30, I’m not under the pump…..yet….unless the Tracy Salad is my undoing.

I’ve also grown multiple hands as I dash back and forth between the blanching spinach, searing lamb and reducing sauce.  Luckily nothing has gone awry….yet!

So I slice 3 chorizo and put them into the oven for 20 minutes to dry roast at 180 degrees.

At this point, I decide to put together the lamb first so it’s all ready for the oven… it’s surprisingly easy to do; it’s just laying out the prosciutto, covering that with spinach, then lamb and 3 tablespoons of cabbage mix and then roll it up!!!

The potatoes are easy as well, and really the Tracy Salad is super straight forward to make.  Toss the potatoes with olive oil and balsamic, then chuck in some rocket, semi sun dried tomatoes and cubed feta.  Too Easy!

We had Scribbles and Cut over dinner to enjoy it with us- and both Cut and The Runner had second helpings of everything!

Luckily, this time The Runner has leftovers for his lunch tomorrow—always a bonus!  I have to say, I really like this cookbook- other than a few fancy terms, like lardon, it was really easy to make and pretty straightforward instructions.  Whilst I’m not personally a cabbage girl, it was actually really tasty.  I’ve made things out of this book before and I definitely will again!

We’re taking next week off for the cooking event of the year, Thanksgiving- I’ll be writing more about that later.  For our next culinary adventure in two weeks’ time, The Runner picked Bill’s Everyday Asian by Bill Granger.   PS- I LOVE Bill Granger and I have all of his books so I’m excited for the next challenge—especially since I’ve never cooked anything out of this book!

At the start of this, I asked a few friends for random numbers and we wound up with 7, 33, 69, 87, 101– which is great, until you factor in how cookbooks are written.  Most of them are organised by course and progress from starter to main to dessert the further you get into the book.  Some books have pages and pages of introduction- it could be on anything from How to cook to what the author’s philosophy on food is to any sort of waffle (not the tasty breakfast food).  So really, the numbers we started with aren’t going to work so well.

P.7 in Avoca is the Introduction- it tells you all about the cafe and the ideology behind fresh, not complicated food– I can’t really serve Ideology to the next group of diners- although the US Presidential Candidates are shoving it down everyone’s throats.

p.33- Crostini and Bruschetta– basically it’s just telling me how to toast bread…..  simple, easy, but not enough to really write about

Hmmmm- not a lot to choose from- especially since I hate fish, olives, and hard boiled eggs (sorry nicoise!)  So perhaps we’ll improvise….

I asked the dinner guests for more numbers and they came up with 27, 47, 77, and 185.  A spiced tomato and kidney bean soup with avocado relish, a picture of pulses, a Breakfast butter bean salad and a Parma wrapped fillet of lamb fillet of lamb with savoy cabbage.

SO, for the next dinner on the 11th of November, we’ll be having Tracy salad and Parma-wrapped fillet of lamb with savoy cabbage– and if I’m feeling really enthusiastic, I’ll even make the Tomato and kidney bean soup to start!!!

Consider this your invitation, let me know if you can make it….and feel free to bring a Tracy! 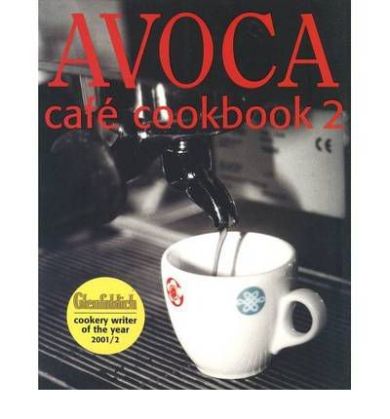 So at last night’s challenge, the honor of picking the next cookbook went to the first guest who arrived– I think this might be a new He Runs, I Cook tradition.  Our guest, DC,  a lovely lad from County Cork, picked The Avoca Cafe Cookbook- a gift from The Runner from one of his first trips home.  Apparently The Avoca Cafe is really famous in Ireland and is in Wicklow- where The Runner is from.  Hopefully, The Runner and I will get to eat there when we’re back in Dublin in May.  I’ve made one or two things from this book in the past but I haven’t really delved too deeply into it.  I’m looking forward to getting stuck into it.   But alas, as luck will have it, we’re off to Noosa for one of the highlights of The Runner’s year, Noosa Triathlon.  My Avoca challenge will have to wait until we’re back.  Stay tuned for highlights from Noosa, the last two years have been amazing- and this one should be even better! 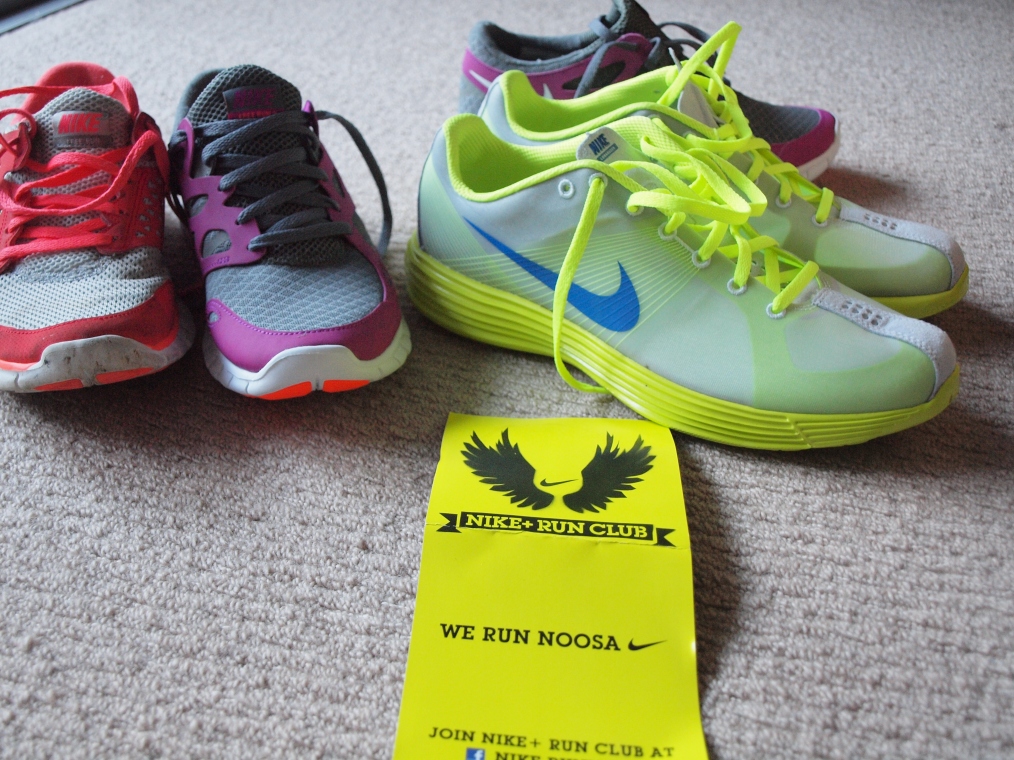